An in-depth look at 4 stories of people who left New Orleans because of Hurricane Katrina in 2005 and never returned. This 14-year epic investigates why they left, why they didn’t return and how they are still deeply affected close to 15 years after the greatest natural disaster in American history changed their lives forever. 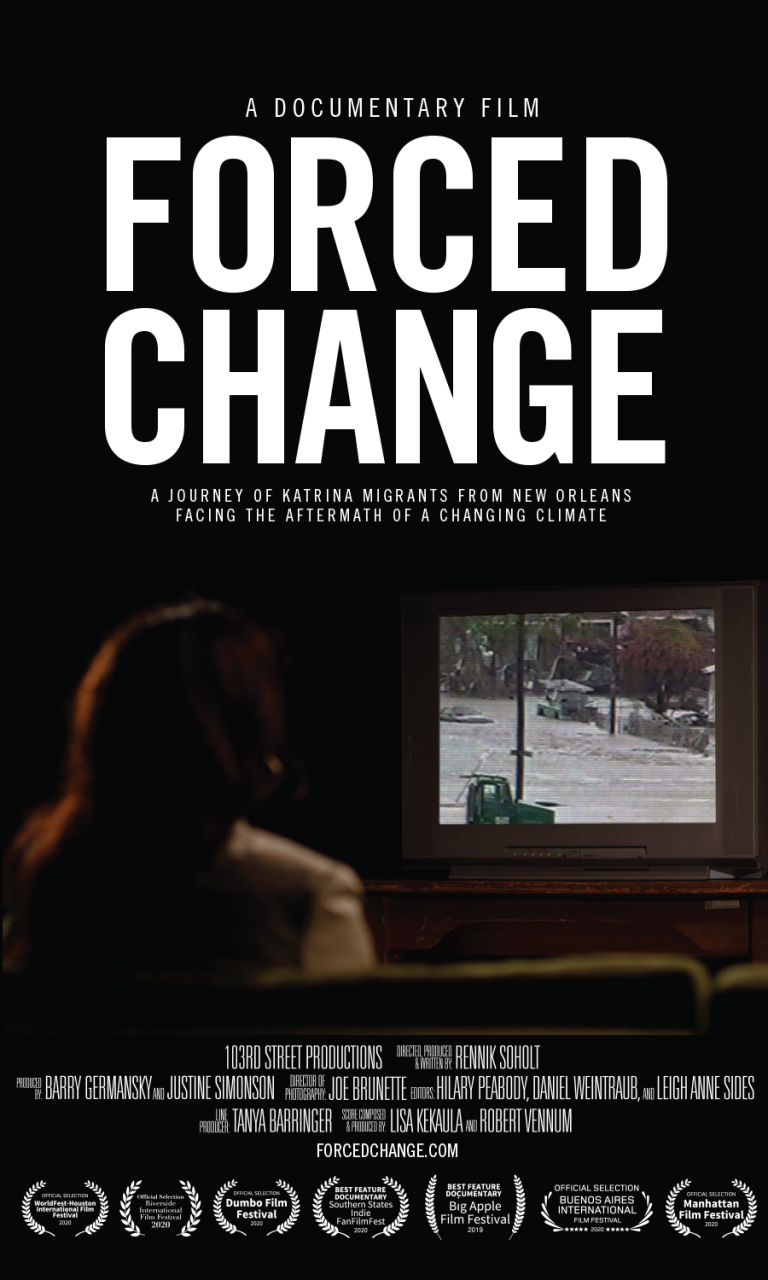 Filmed over the course of fourteen years by filmmaker Rennik Soholt, FORCED CHANGE is a groundbreaking documentary that looks past the modern news media’s broad coverage of Hurricane Katrina and focuses on the touching human stories of people who were displaced from their homes due to the effects of climate change. Told in an innovative narrative style and featuring a chorus of New Orleans-based voices, including jazz trumpeter, Kermit Ruffins, FORCED CHANGE is a retrospective of four unique and relatable stories of those who left New Orleans after the hurricane and never returned.

Soholt, who lived in New Orleans before moving to New York City in 2002, embarked on a mission to record the wreckage of Hurricane Katrina the day the city reopened in October, 2005. Upon his arrival, he immediately started filming people returning to their homes for the first time, focusing on a select group of individuals he knew personally before the storm. Building trust by staying alongside them discovering their lost possessions and figuring out where to go after learning the fate of their homes, Soholt was able to record a complex living tapestry of remarkable human experiences. Viewers are able to witness a series of idiosyncratic responses to Katrina, ranging from heartbreaking to hopeful, the likes of which have never been recorded before on Soholt’s epic timescale.

Offering a gritty, insider’s look at one of the first culturally recognized, climate impacted, North American tragedies of the 21st century, FORCED CHANGE reminds us of the faces beyond the statistics of those who lost their homes. With a successful Kickstarter campaign in 2015 (raising over $30,000) and an internationally syndicated PBS NewsHour preview broadcast of the film on the 10-year anniversary of Katrina, FORCED CHANGE has already gained recognition and is building an audience. Now, 2020 is the 15-year anniversary of Hurricane Katrina. Many stories have been told about New Orleans and Hurricane Katrina in the past, but none like FORCED CHANGE.

Sign up today for free and
be the first to get notified about updates. 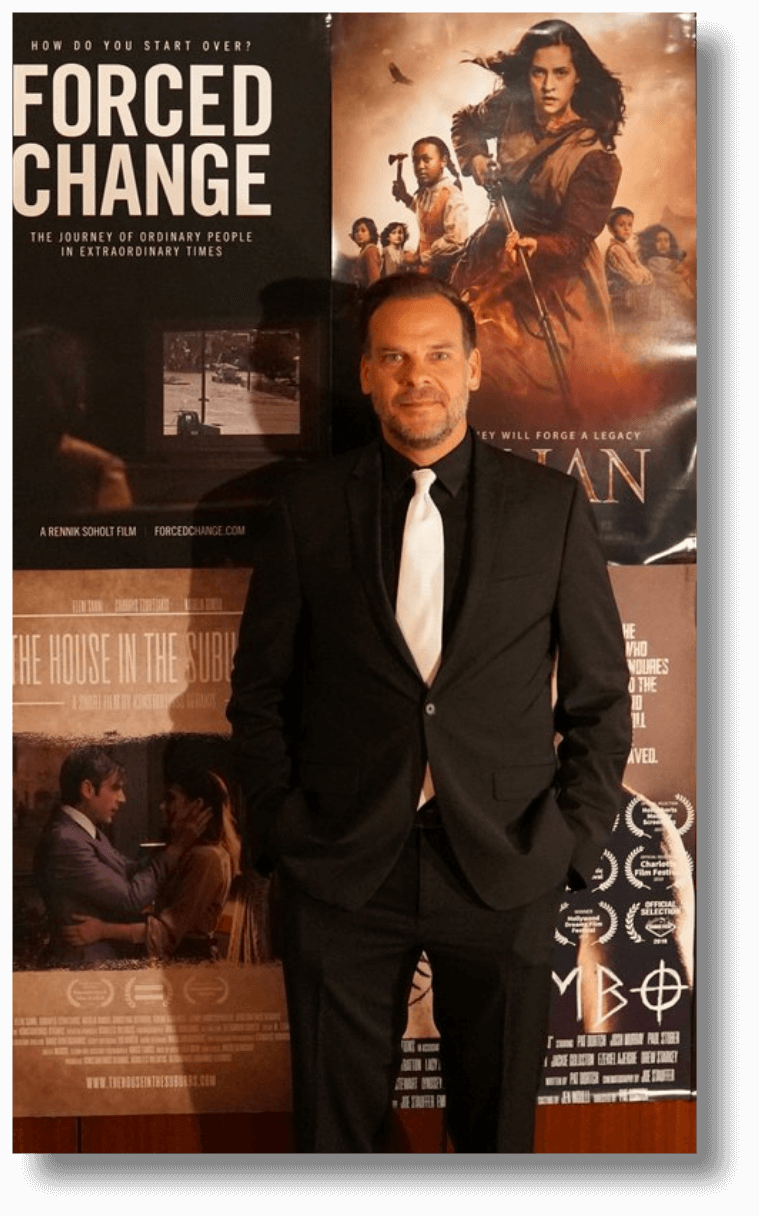 Rennik Soholt has worked in high-quality visual content since the turn of the new millennium. He has produced and directed shoots in over 30 countries across 5 continents. During his career, Rennik has assembled a large body of work that includes feature documentaries, non-scripted television series, music videos and other assorted web projects. His work has been showcased on PBS, CNN, Travel Channel, Nat Geo, History, MTV, Discovery Channel, VICE, ABC and across the Net.

Rennik produced and directed multiple episodes of the Emmy Award winning travel series, Anthony Bourdain: No Reservations, as well as the award-winning PBS documentary mini-series, Broadway or Bust. He is the recipient of the James Beard award for the PBS series, Gourmet’s Diary of a Foodie, for which he also received an Emmy nomination.

Most recently, Rennik has been focusing on feature documentaries, including Wine to Water: A CNN Heroes Special Presentation, 16 & Recovering and Forced Change.  He lives in New York City with his wife and toddler son.